Distinguished Practitioner Keynote: Why Your Tech Transition Will Probably Fail (And Why You Should Do It Anyway)

Abstract:
The world has never been more interconnected, nor have our systems been less capable of dealing with that connectivity. Massive investments have been made into academic research have certainly resulted in increased training of students, but the majority of their research results remain confined to academic papers. In this talk, I will discuss what I believe to be the state of transition to practice from academia to the broader world. I will discuss not only the challenges in commercializing technology coming from your labs, but also in creating and maintaining artifacts for use by the community. My talk will close with a series of recommendations that focus not simply on programs to help academics achieve broader impact, but that also address cultural challenges that face our community in achieving these ends. 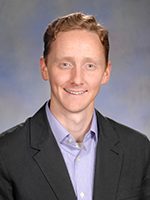 Patrick Traynor is the John and Mary Lou Dasburg Preeminent Chair in Engineering and a Professor in the Department of Computer and Information Science and Engineering (CISE) at the University of Florida. His research focuses on the security of mobile systems, with a concentration on telecommunications infrastructure and mobile devices. His research has uncovered critical vulnerabilities in cellular networks, developed techniques to find credit card skimmers that have been adopted by law enforcement and created robust approaches to detecting and combating Caller-ID scams. He is also interested in Internet security and the systems challenges of applied cryptography.

He received a CAREER Award from the National Science Foundation in 2010, was named a Sloan Fellow in 2014, a Fellow of the Center for Financial Inclusion at Accion in 2016 and a Kavli Fellow in 2017. Professor Traynor earned his Ph.D and M.S. in Computer Science and Engineering from the Pennsylvania State University in 2008 and 2004, respectively, and his B.S. in Computer Science from the University of Richmond in 2002. He is also a co-founder of Pindrop Security, CryptoDrop, and Skim Reaper.